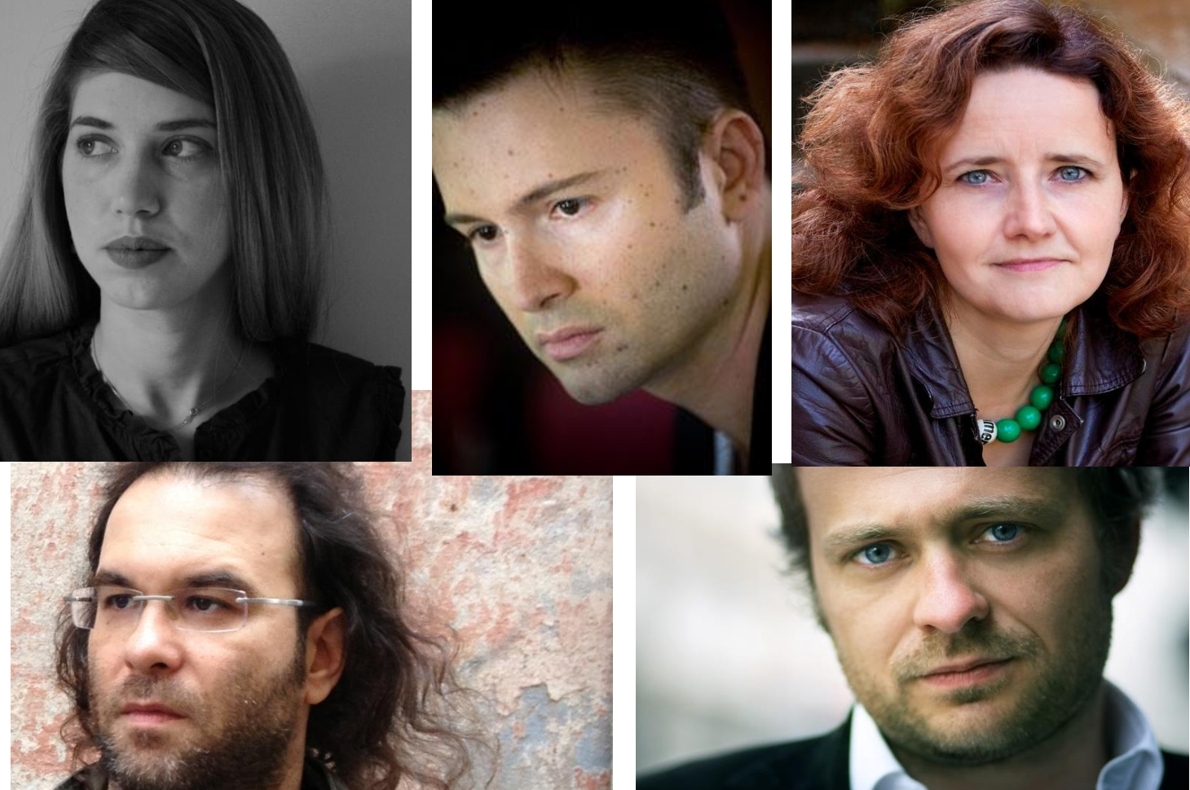 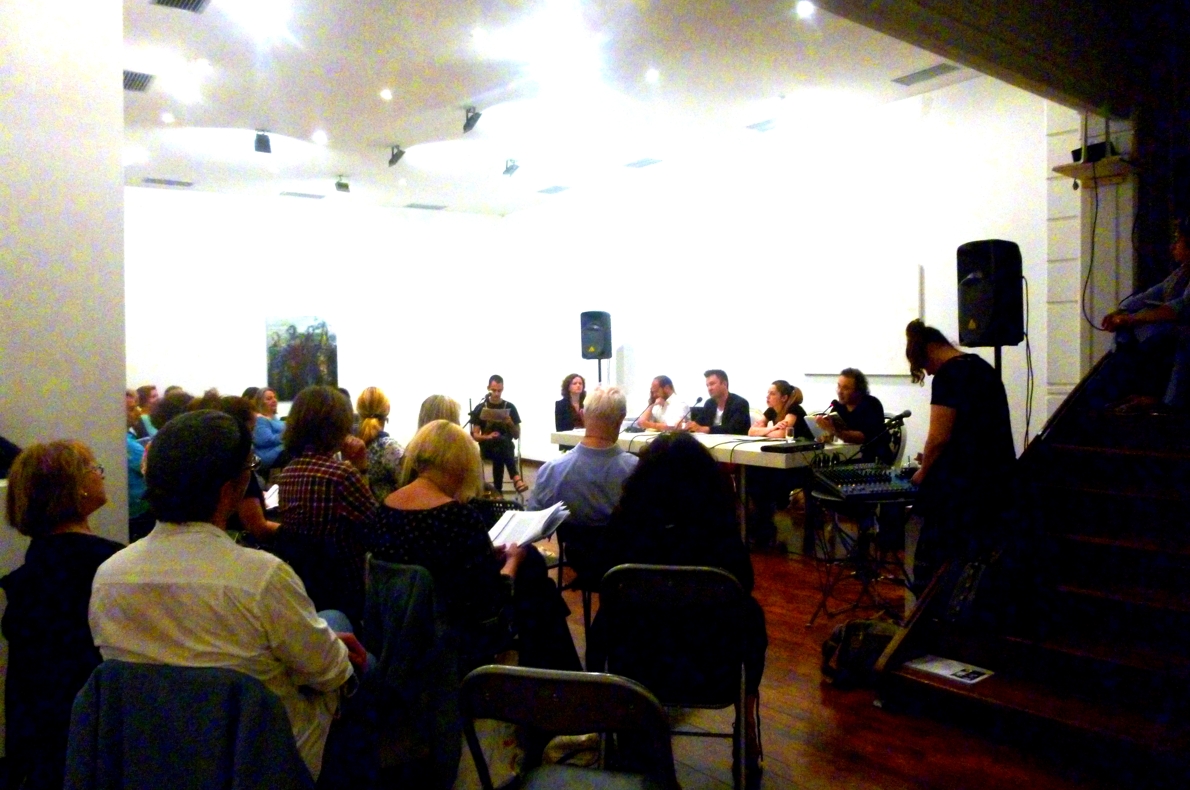 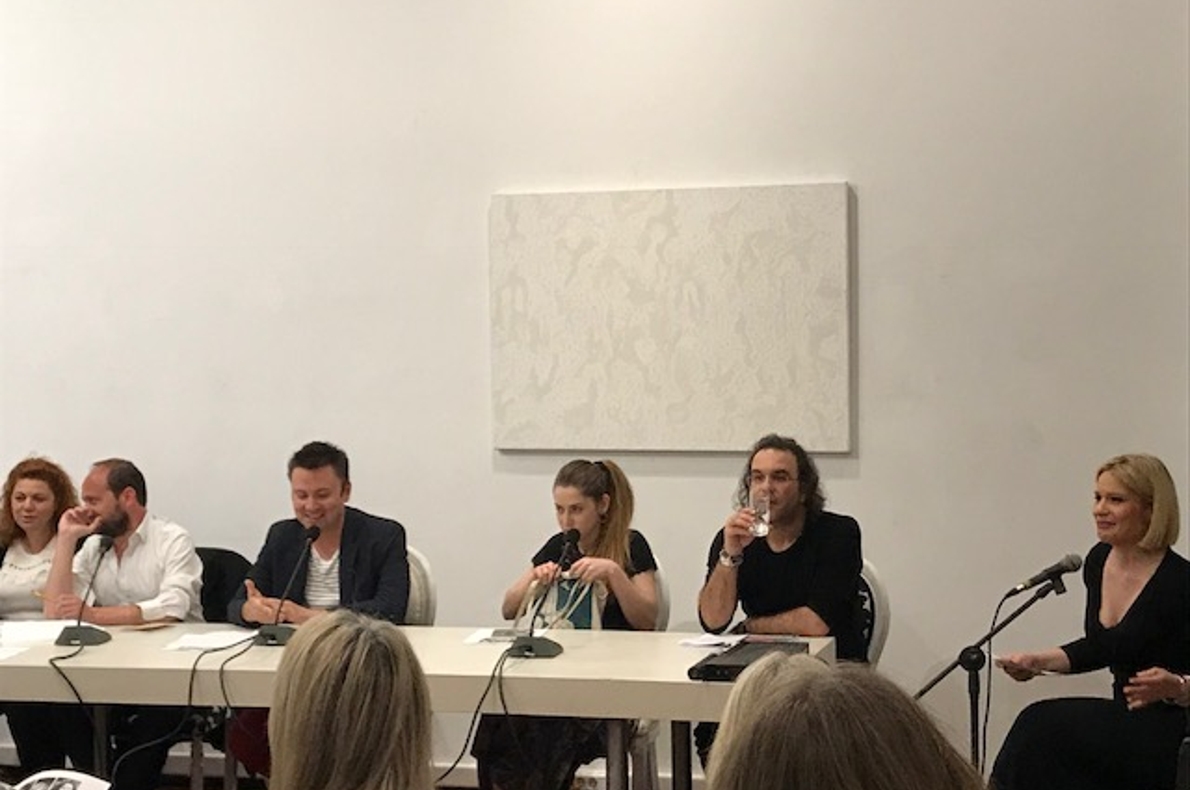 What is it that makes a European? What is it that unites European citizens, why does it unite them, and how? What are the perspectives of writers on these topics?

The world population is becoming increasingly multicultural. Cross-national movements occur in many forms -  immigrants and guest workers, refugees and exiles, émigrés and expatriates.

Are the rules and regulations imposed by Brussels enough to create a functioning EU?

The recent developments in Greece mark a crisis that poses the question of what the European Union is based on, and what role European citizens play in making it work – or seeing it fail.

These topics set the stage for this reading and discussion moderated by Elina Makri and Christos Chrissopoulos with writers from Greece, France, and Germany. In sharing perspectives, memories, and experiences, the  writers enter the dialogue with one another and with the audience.

Mathieu Larnaudie , born in Blois in 1977, lives in Paris and works as a writer and publisher. He published several books including Strangulation (Gallimard, 2008) or The Collapsed (Actes Sud, 2010), Acharnement. In addition to his work as a novelist, he is also the author of numerous critical, political or theoretical texts. Since 2003, he has been collaborating with composer Pierre-Yves Macé, who also recently made a musical adaptation of Larnaudie's novel, Pole de résidence momentanée.

Christos Ikonomou, born in Athens in 1970, has published four collection of short stories. He has been awarded the State Short Story Award, the Prix Littéraire des jeunes Européens and the LePoint French Coup de Coeur Award. His short stories have been translated into ten languages and have been adapted to theater and cinema.

Julia Schoch, born in 1974 in Bad Saarow grew up in Mecklenburg and lives in Potsdam. She also lived in Paris, Bucharest and Kaliningrad. From 2000 to 2003 she was a research associate for French literature at the University of Potsdam. Since 2003 she is a freelance author and translator. She published six novels in addition to translations and publications in literary magazines and anthologies. She received numerous awards,  among them the Brandenburg Literature Award and the Friedrich Hölderlin award.

Danae Sioziou, born in 1987 in Karlsruhe, published her first poetry collection in 2016 and received the award for the best poetry collection by a new writer from Hellenic Authors Society. Her poems have been translated in many languages and included in many anthologies. She has taken part in many artistic projects, festivals and presentations as a poet, performer and actor. In 2016 she was presented as one of the most promising young writers in Greece by Guardian newspaper and in 2017 by New York Review of Books.

Gianni Skaragas is a novelist, screenwriter and playwright. He writes in both English and Greek. He is the author of eight books in Greece and Swizterland. Seven stage plays of his have been produced (including “Prime Numbers” in New York, 2009, and “Courage” in Zurich, 2017). He has written two sitcoms and three drama series for television. His English short fiction has appeared in various American literary magazines. He is a Copper Nickel Editors' Prize winner (University of Colorado Denver) and is a member of the Association of European Journalists.